Carley was named at the 2021 Master Builders Association of Victoria 2021 State Apprentice of the Year’s annual awards held in Melbourne late last week.

“It’s a massive honour even to be nominated for these awards as it means that people have recognised the hard work I’ve put in and the pride I take in my work,” Carley said. “I wasn’t expecting to win, I’m still in a bit of shock.”

Also recognised at the gala event for their outstanding work were nine current Chisholm students.

The Master Builders Victoria Apprentice of the Year Awards applauds the outstanding achievements of building and construction apprentices. Nominees must demonstrate excellence in their trade as well as an exceptional commitment to their apprenticeship and training.

Carley commenced with NuForm Steel in 2017 and completed her apprenticeship in August 2020. Carley’s has since been appointed to the role of foreman on a commercial local government build and manages the structural steel framework installation for the contract. Carley supervises four staff and two apprentices on-site.

“I love my job. I like taking ordinary steel and making it into something strong, something beautiful, so it’s no longer just a piece of metal,” Carley said. “I enjoy the commercial construction industry too and working with other trades on site. I’ve made some really great industry connections.”

The Master Builders Association of Victoria Awards further enhances Chisholm’s position as a leading vocational and education provider for Apprenticeships in Victoria. Carly’s win is the fourth time in five years that a Chisholm student has taken out the overall prize – and third female in trade to be recognised at the prestigious awards.

“Chisholm’s continued success in trades is a reflection of its commitment to ensuring consistently high standards of training delivery for its students and industry partners. In a growth industry, demand for skilled apprentices is on the rise, and Chisholm is proud to be turning out successful students to fill this need,” Associate Director of Education (Trades) Stuart Hoxley said. 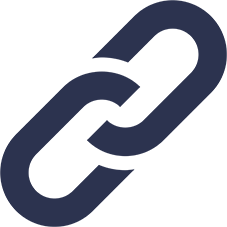